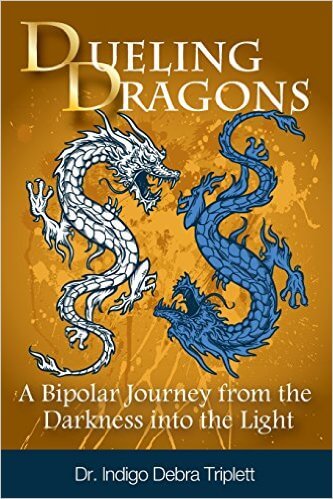 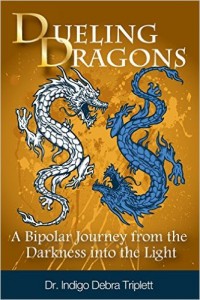 Indigo Triplett was already a military veteran and successful business owner when she began her doctoral work with the Center for Values-Driven Leadership. A few months into her studies, Triplett began to suspect that her leadership style was creating challenges in the human resources company she founded in Atlanta, GA.

She realized she was hiring the right people, but not giving them the space to make mistakes and grow. She wasn’t using their strengths; she was harping on their weaknesses.

“I had to take a look at what the literature is saying about true leadership,” says Triplett. “Then I had to look at the gap in my leadership style. I came back from the course and had to sit down with my leadership team and say I’m sorry. I haven’t given you the chance to grow. I’m committed to creating a culture that’s inclusive. And I’m going to be accountable for it.”

Being accountable demanded more from Triplett than she ever imagined. As she peeled back the layers of her leadership style, she was forced to face a truth she had not anticipated: her demanding approach to leadership was not merely the residue of a hard earned career or her military training, it was actually one indicator of a much deeper struggle with mental illness. Triplett was diagnosed with bipolar disorder in 2013.

Also known as manic-depressive illness, bipolar disorder is a mental illness that causes significant shifts in mood, from elation to extreme depression. Some research indicates people with bipolar disorder may show superior leadership skills early in life, possibly because of the intense energy and focus that comes with the manic phase of the illness. It’s been called “the CEO disease” because so many notable leaders, including Winston Churchill, Ted Turner, and Jane Pauley are known or believed to have experienced bipolar disorder.

Triplet took time away from her business to pursue treatment. Now, with an active regimen of medication and positive behaviors, she’s back at the helm of her growing business and has also launched a nonprofit to help others facing a mental health diagnosis (link to other article). She wrote about her experience in the 2014 book, Dueling Dragons: A Bipolar Journey from Darkness into the Light, available on Amazon. Below is a short excerpt, where Triplet shares in her own words about the experience of facing her diagnosis.

For me, leading with untreated bipolar disorder was a duality. I often felt as if I were on a roller coaster ride being tossed side to side with little to no control over where my emotions would take me. Similar to a roller coaster, there were steep climbs and significant drops, and there was always the element of surprise as the car entered each new turn. At Universal Studios in Florida there is a roller coaster ride called Dueling Dragons. There are many twists and turns that cause you to grasp on to the handle and hold on for dear life while at other times you can raise your arms in the air and enjoy the ride. For the majority of my life, I have switched between grasping the iron bar of life to letting go and soaring to new heights. That is the beauty and curse of having bipolar disorder—the ever present dueling dragons.

Specifically, the “dueling dragons” I experienced on a day-to-day basis were, on the negative side, denial, the need to self-medicate, paranoia, anger, depression, feeling out of control, resentment, and a sense of being overwhelmed. On the positive side, I was inspired by creativity, productive workaholism, a strong belief in myself, risk taking, resilience, empathy, optimism, hope, and exhilaration.

As I reflect on my story, I realize that there are three big lessons that I have learned. First, I have bipolar disorder, and it will never go away. I have to accept this diagnosis, accept that bipolar disorder is a lifelong condition, and follow through on proper treatment. The quality of my leadership is fundamentally dependent on being on an effective treatment regimen, including medication when required.

Second, I need to know and accept myself for who I am. I cannot change the fact that I have bipolar disorder; I have to accept and honor that fact about me. I can, however, learn as much as possible about my bipolar disorder and how it affects me, and I can use that to grow as a person and as a leader.

Third, I’ve learned that forgiveness is paramount. I needed to forgive others and I needed to forgive myself. What makes forgiveness such a challenge is that it allows you to feel right about someone else being wrong. But whether right or wrong, bipolar disorder creates behaviors that can be and often are disruptive, and once I realized the impact and affect that I had on people, I was quite remorseful. I became paralyzed at one point because I would beat myself up based on the guilt and shame that accompanied clarity. But in order to move forward, I had to embrace forgiveness as a way of releasing myself and others from bondage.

October was the month that my treatment center offered an alumni retreat. I called the treatment center to see if it was too late to attend and I was informed that the retreat would be happening a week from my call. I hurried and registered and bought a plane ticket to go out West.

I went to the alumni retreat in search of answers. I don’t know what I was going for, but I felt the need to be there. I attended workshops and sessions and fellowshipped with people who had received treatment around the same time as I had entered the treatment center.

For the first few days, I learned that I needed to let go of some things. I needed to forgive myself for all that had happened and then move on. I learned that I needed to be at peace with myself. I figured out why I was so sad. I hadn’t truly embraced the new me. I was afraid of having bipolar disorder even though I knew more about the condition than ever before. I was fearful that the old me would return. I was living in fear of myself. At that point, I just let go and surrendered.

Over the course of the weekend, I also learned that I was in actual recovery. I swear that never occurred to me. I would say that I was in recovery but I didn’t truly allow myself to understand it. I wasn’t allowing time to work things out in my mind and life. In essence, I didn’t really know what was meant by the term recovery. I felt that I went in for treatment and came out healed. But as it was shared with me, I went through a life-altering experience and it would take a little time to be completely “cured.” In essence, I needed to treat what I was going through like any other recovery.

We hear about 12-Step Programs and other initiatives that deal with alcohol and drug abuse, but I didn’t have a problem with abuse per se, even though my mental illness caused me to self-medicate.

But I questioned what recovery was needed for a mental illness. So I went to Google, the modern day sage, and it stated:

Return to a normal state of health, mind, or strength.

The action or process of regaining possession or control of something stolen or lost.

This definition piqued my interest because I never knew what a normal state of mental health was for me. I knew that I felt better, but what was normal? For God’s sake, I thought that I was normal all the while. So I could only deduce that normal was based on what the average person would do, think, or say, and I was now doing that. I was engaging others in an acceptable manner. I had filters, did not have suicidal ideations, did not obsess, or have abnormal thoughts.

And I knew that I had taken the action of regaining control of my life, which I’d lost along the way. Heck, I was regaining possession of many things that were lost such as family relationships, career direction, mental stability, and the list goes on and on. Yes, I was in recovery.

What is so refreshing and enriching about recovery is that it gives you the courage to walk in the light, be completely authentic, and totally transparent.

Dr. Indigo Triplett is the CEO of a Georgia-based human resources firm, and the founder of the non-profit Indigo Insights. Read more about her non-profit’s work to provide professional coaching to people with a mental health diagnosis in this article. 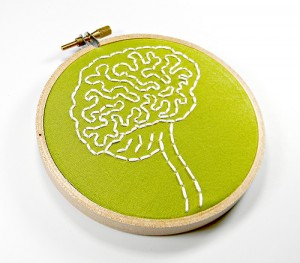 Read more in our series on mental health & the workplace: