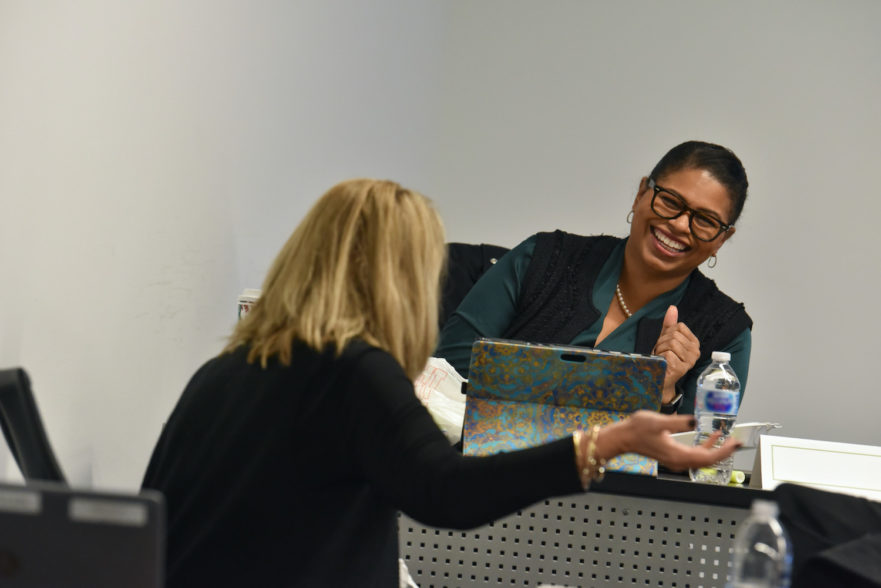 This article was originally published at Forbes. 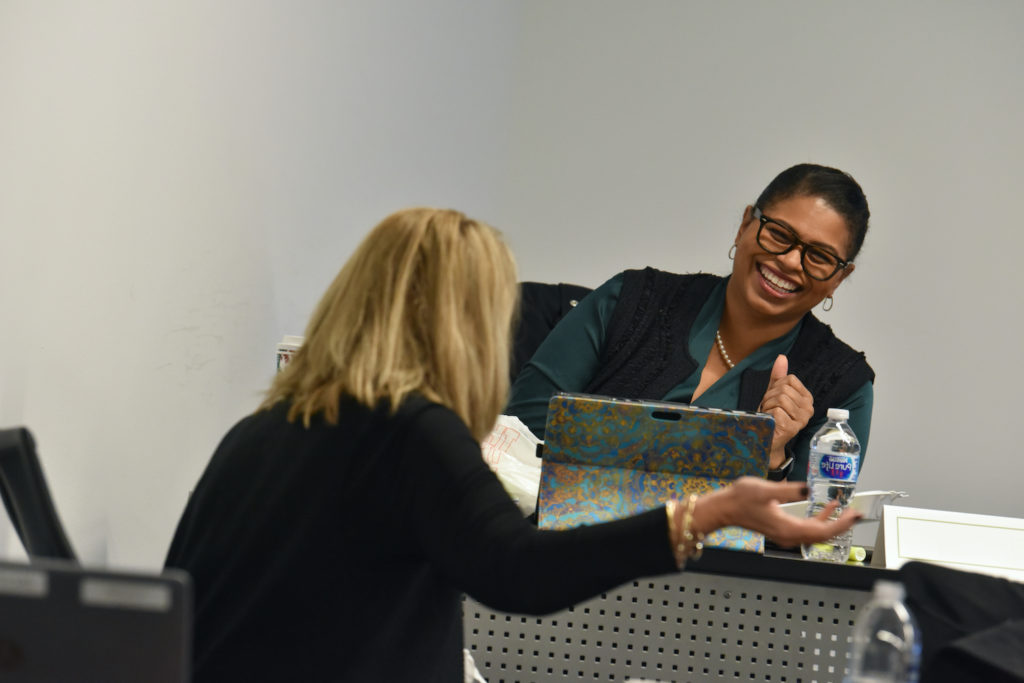 At the Center for Values-Driven Leadership, we help executives create companies where men and women flourish. Yet as we look across the corporate landscape, it’s clear that as leaders advance through organizations, it’s most often men who are promoted into executive leadership positions. Last year’s Fortune 500 featured more female CEOs than ever before: just 33.

How do we overcome the obstacles that keep women from reaching the highest levels of organizational life? Below, we draw from recent research to suggest three new insights that help answer this question.

New research featured in Harvard Business Review went inside a global consulting firm – the sort of firm that expects weekly travel and 24/7 availability – to find out why women weren’t advancing. Traditional logic says it is because of what researchers call “the work/family narrative,” the idea that women’s commitment to their families makes them unwilling to put in the long hours necessary to advance in a demanding organization”.

The work/family narrative implies that it is a woman’s choice that holds her back. Not advancing because you don’t want to travel every week? That’s your problem, not the company’s.

Wrong, say the researchers. The problem is not the choices women make to prioritize their families, but the cultures of overwork that make this choice necessary.

In particular, the researchers note that women were encouraged to take accommodations so they could invest more in their families, while men were not. This locked team members into gendered roles and hurt both women and men. Women failed to advance, and men felt the same pull to be with family but were encouraged to pursue fewer accommodations. How can companies combat this?

It starts with culture change.

Getting rid of the overwork culture will take intentional effort from the top of the organization, and careful coordination with clients.

Additionally, companies can send signals that encourage men to take accommodations for their families. One organization we know did this brilliantly: normally, the organization’s executive team always gathered in the same location for quarterly townhalls that were broadcast to the national staff. One quarter, however, two executive team members (one man, one woman) had newborns. To send a signal that employees could strategically reduce travel to benefit their families, regardless of being male or female, the organization had these leaders participate from their home offices and drew attention to the choice during the townhall.

New research by our colleague Angela Karesh, who is a senior manager with energy firm Exelon, made an interesting discovery: some women are no longer asking for accommodations; they’re just making them.

With so many options regarding remote work available to women, employers have a more difficult time tracking who is on the clock, and who isn’t. Believing their careers might be damaged by asking for an accommodation, many women Karesh interviewed created their own “fluid flexible” schedule

Fluid flexibility is enabling people to work when, where, and how they want to, in ways that serve the organization and meet the individual’s personal needs.

When organizations don’t allow for fluid flexibility, or when women are afraid that asking for it will jeopardize their careers, women increasingly create the flexibility they want without going through formal channels. “They solve the problem in a way that works for them,” Karesh says.

This creation of accommodations to care for personal and family needs was often done in partnership with their managers. Strong relationships with their managers allowed women to agree to solutions that worked for the company and for the individual.

How can companies keep talented women? First, companies must reduce the fear that women will be punished for asking for accommodations. One way to do this, Karesh suggests, is to write policies about what the company will support, rather than what is prohibited. This subtle change can empower people to ask for the accommodations they need. Then, enable local managers to offer fluid flexibility, letting women (and men, for that matter) dictate when, where, and how they work as long as they are meeting the company’s needs as well as their own.

The managers in Karesh’s research are champions of equality: making it possible for their female team members to stay fully engaged in their careers while balancing demanding personal lives.

This International Women’s Day, we encourage everyone to step up as a champion of equality. For male CEOs, this is an especially important opportunity to contribute. Research published in the Academy of Management Journal and featured in their Insights newsletter noted that women in CEO roles often took over from men who intentionally handed them the reins or created partnering opportunities (for example, by naming a woman as CEO and having the male executive become chairman of the board). With so few women at the helm of companies (in 2015, there were fewer large companies run by women than by men named John), male CEOs can help create a legacy of equality by identifying capable women as successors and helping clear paths to the highest levels of organizational leadership.

In the midst of this, of course, leaders of all stripes need to remember that true diversity is broader than gender diversity. Media and managers overlook this; a 2013 analysis of news database Lexis Nexis found that when newspaper articles discussed board diversity, 97% mentioned gender diversity while only 18% mentioned racial or ethnic diversity. Women are just over 50% of the U.S. population, and racial minorities represent about 30% of the population. Token diversity isn’t enough to achieve equality.