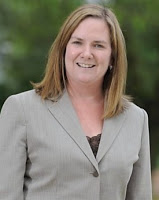 Recently I noticed that my son, Ethan, had become hesitant to spend time with one of his best friends (I’ll call him David). When I asked what was going on, he explained that he had grown uncomfortable around David because he frequently made hurtful remarks about other friends behind their backs but in Ethan’s presence.  Ethan was conflicted because he felt that by being around David, even without actually speaking or participating or agreeing, he was being disloyal to his other friends. He said he had confronted David a couple of times when he made one of these comments, but David laughed it off and did not seem to appreciate how upsetting it was for Ethan.
When I asked Ethan what it would look like if he could have it any way he wanted, he explained that he wanted to continue to be friends with David, but that he wanted David to stop talking about other people. I asked how he might accomplish that goal given that the only person’s behavior he can control is himself. Ethan replied, “Mom, I only see 2 options: First, I can stop being friends with David. Second, I can keep being friends with him and when he says these things, I can keep telling him to stop.” I asked him which of those would achieve his goal of continuing to be friends without the negative talk, and it was then he realized that neither would accomplish that goal. So, I suggested he think some more.

Later he approached me with the idea that he speak with David directly, but not right after he made a remark. Essentially, Ethan decided to go to see him specifically to discuss this situation. Ethan said he would explain that he was one of his oldest and best friends, and he wanted to remain that way, but that he didn’t want to be friends with someone who made fun of his other friends, and that he felt disloyal and dishonest, which went against his values.
I asked him to think through the outcomes of the various solutions he had devised. He said, “Well, David may just tell me to leave, and we won’t be friends.” “Or, he might tell me to leave and then talk about me behind my back and make fun of me.” “Or if I just stop hanging around him, it might hurt his feelings, and he may wonder why I stopped being his friend. “Or, he might realize that he doesn’t want to be that kind of person who talks about someone behind their back, and stop.” “And he might even be grateful that I had the courage to talk to him about something.”
“So,” I said, “which choice do you think has the best chance of allowing you to stay friends but convincing David to stop the behavior?” Ethan considered it, and said, “I’ll talk to David.”
Trying to hide the tears that had welled up in my eyes as I admired the integrity and courage in my young son, I realized that Ethan had developed a sound strategy for dealing with a complex issue. He clarified the vision of his desired outcome, he reflected on the vision against his values to insure alignment, he weighed “real options” – considering pros, cons, risks and the option most likely to yield his desired result, and he chose the strategy that best met the goal which was both the most difficult, and the most right.
Of course any of these strategies could have been considered “right,” but no other so closely achieved the desired outcome. So although it might have been fine for them to stop being friends and for David to have not understood what happened, that solution was inconsistent with Ethan’s values and the stated vision.
Wondering how you can you put this simple idea to work in your organization when confronted with a complex issue requiring a solution, and to come up with a solution that can withstand inquiry because it’s consistent with the organization’s values? Try following this process:
—————————————————————————
Shannon Brown is a Ph.D. student at Benedictine University’s Center for Values-Driven Leadership (CVDL) and a VP for Exemplify. She has served in leadership positions with Thomson Reuters and Tata Consultancy Services. In addition, she is an adjunct faculty member at Dominican University where she teaches courses in leadership studies.
—————————————————————————
Previous ArticleNext Article