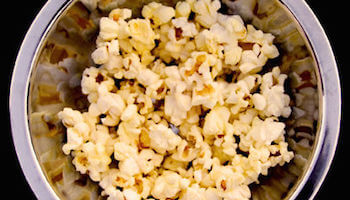 Editor’s Note: This post first appeared on the blog of our partners, the Small Giants Community.

A bowl of popcorn sat at the center of the conference room table, a gift from a colleague. It was filled with a Chicago delicacy—caramel, cheese, and butter popcorn mixed together in a tasty, caloric holiday mix.

We made it about 45 minutes into the afternoon session before the first handful came out of the bowl. Then the second, and a third. Soon all I could hear was the crunching.

Popcorn is a loud food. You don’t notice this at the movie theater with an action film playing in the background, but in a quiet conference room, the sound of popcorn being chewed can become overwhelming. Once your mind has noticed it, it’s hard to focus on anything else. It’s a disruptor.

Removing Disruptors Is the Work of a Leader

Disruptors threaten the health of our companies. They decrease productivity in big and small ways: by distracting us from our work, moving our focus away from the strategic objective at hand, and undermining the culture.

In our research through the Return on Values Project, we noticed a clear trend: CEOs (and all leaders, really) of values-driven companies are vigilant about removing disruptors. They want nothing to get in the way of their mission.

Tom Walter, CEO (and Chief Culture Officer) of Tasty Catering had an employee, Jodi, who sat in a high-traffic area. A door outside her cubicle was opened and closed hundreds of times a day. Finally, Jodi casually mentioned to her boss that the noise of the door was maddening.

Walter knew this wasn’t just an annoyance—it was a distraction. How could Jodi concentrate on her work if, hundreds of times each day, her attention was drawn away by the banging of the door? That night Walter’s business partner had the door’s latch changed to a quieter model. Two months later, they moved Jodi’s desk to another area.

“Her productivity increased tenfold because the disruptor was resolved,” Walter reported.

A banging door can be easy to notice and quick to fix—only slightly more difficult than getting rid of a bowl of popcorn. But the most important disruptors in our businesses are often the hardest to see. Bob Hottman, CEO of EKS&H, Colorado’s largest accounting firm, offered a great example of this sort of disruptor.

Most professional services firms base partner compensation only on the individual’s book of business. This can lead to challenges (disruptors) as partners will then to hoard clients for themselves, even when it’s not in the client’s best interest and certainly not in the best interest of the firm. It can also lead to behind-the-scenes gossip, as partners try to figure out who is making the most money, and why.

To counter this disruptor, EKS&H adopted a transparent compensation system based on several factors.

“We sit down with each partner through that process, and talk about where they are and give them very formal feedback on what they need to do to improve individual areas,” Hottman told our research team. “It’s not a formula,” he said. “It’s a conversation. As a result, we have one conversation on compensation once a year and then people move on.”

The system isn’t perfect, Hottman and his colleagues acknowledge, but it’s better than being distracted by ongoing partner conversations. They’ve removed a disruptor.

Removing disruptors is just one task on the to-do list of a values-driven CEO. Our research has identified dozens of tasks, big and small, that values-driven leaders consistently do to guide their companies and shape their culture. We discuss these tasks—including removing disruptors—in our eBook, Do Differently: How CEOs of Values-Driven Companies Spend their Time. 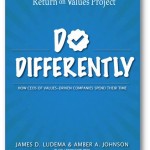 Download the eBook here, and discover how the leaders of New Belgium Brewing, Integrated Project Management, and Dynamic Language have removed systemic and structural disruptors from their companies. Find out how these CEOs, along with others, are spending their time as they lead values-driven companies.

Oh, and remember that disruptive popcorn I mentioned earlier? Well, as the leader of our Center, I made sure to remove it from our meeting—one delicious kernel at a time.

Jim Ludema, Ph.D., is the director of the Center for Values-Driven Leadership, a professor of global leadership, and a thought leader on the topic of workplace culture and profit.