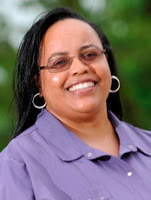 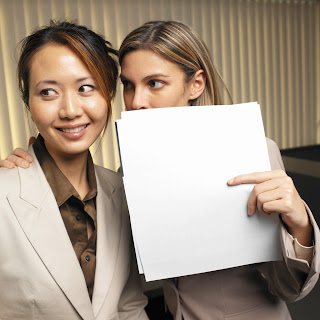 Company gossip is often considered a negative environmental factor that must be managed in a corporate context. The idea of workers standing by the water cooler whispering over the latest “happenings” is frowned upon and discouraged. But, is there a way to use this natural instinct to gossip to your corporate advantage? I say yes.  In fact I say, your communications strategy should center on it.
Most organizations go through a painstaking process to develop their corporate and business strategy.  They analyze industry dynamics, competitors, internal capabilities and resources then develop a set of actionable items to drive the business forward. These details are agonized over. Often, senior executives communicate this strategy to employees though town halls, email blasts, and appropriately-timed messages.  But far too often, the strategic messaging, while well researched, is often forgotten soon after. What is remembered by the employees (if anything) are the set of actions, tasks or specific objectives for which they may be responsible – with limited emotional connection to the strategy outlined.
So, how do you connect that strategy to a vision that the employees can relate to?

How do you create a compelling view of the future that pulls the company – and its employees – forward? You communicate the strategy and vision through storytelling.

I recognize that story telling is having a bit of resurgence at the moment. But, it’s largely talked about in concert with a change effort or specific initiative. But the most effective story telling is that which helps viscerally describe the companies vision/purpose. Johne Browne (former CEO of British Petroleum), says a “clear purpose allows a company to focus its learning efforts in order to increase its competitive advantage, stretch citizens’ imaginations … and create a cultural glue that allows units to share knowledge sets.”
So, effective story telling can allow a company to create a bond between the employee and the organization at an emotional level.  That emotional connection allows the company to capture the “extra effort by colleagues,” build loyalty, aid in innovation, provide context for decision making and enhances productivity.  The trick is to find that story in your company.

Finding and Telling Your Company’s Story:

No doubt, we all connect to stories of heroes, overcoming obstacles, following your dream or helping the needy. We automatically begin to root for and cheer on those individuals, groups or companies that are the subject of these stories. And in the end, will often go out of our way to help these protagonists. Every company has a meaningful story that can connect hearts and minds and create this type of response in its employees. Statistics show that fewer than 50% of companies survive their first four years. With those odds, if a company has survived, then there is undoubtedly a story of heroism, triumph, overcoming odds, surviving a recession, outwitting competitors etc that must be present. The work is in uncovering that story.
A friend recently told me about the book “Why is Everyone Smiling?” by Paul Spiegelman, CEO of The Beryl Companies. Paul shares the story of starting a phone-based health care services company with his brothers: launching the company involved long nights of personally manning the phones. One night Paul answered a call from a 93 year-old woman in Los Angeles, Elulia Newsom. Elulia wasn’t speaking, but Paul could hear faint noices and a slight knocking through the phone line. Worried, Paul triggered the alarm system that brought paramedics to Elulia’s home.
When the emergency responders arrived, they found Elulia locked in a closet and near death. She’d been beaten and stabbed repeatedly by an intruder who had broken into her home to steal money. The intruder had failed to take Elulia’s emergency call button, which hung around her neck. It saved her life.
With a story like this, it’s no wonder that Paul has gone on to lead an award winning company known for its caring customer service and impeccable employee engagement. Share that story, and employees will listen, recognizing it as a clear direction for their own at-work leadership.
More on storytelling in the next blog.

————————————
Jacquelyn Woodard is a senior vice president with RBS Citizens, and holds an M.B.A. from Harvard University. She is a student in Benedictine University’s Ph.D./D.B.A. program in values-driven leadership.
————————————-
Johne Browne quote source: Achieving and Maintaining strategic competitiveness in the 21stcentury: The role of strategic leadership. R. Duane Ireland and Michael A. Hitt Academy of Management Executive 1999 vol. 12 No.1
___
Looking to grow your own leadership capacity while leading your company? Learn more our M.S. in values-driven leadership – designed for executives.
Previous ArticleNext Article