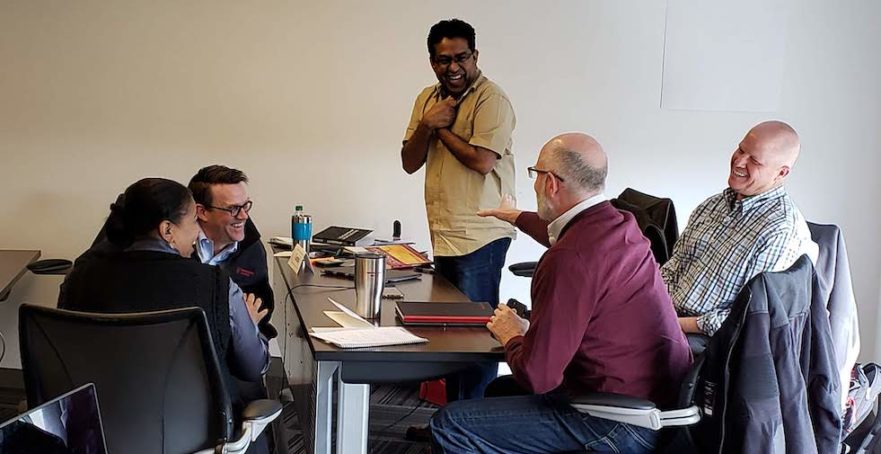 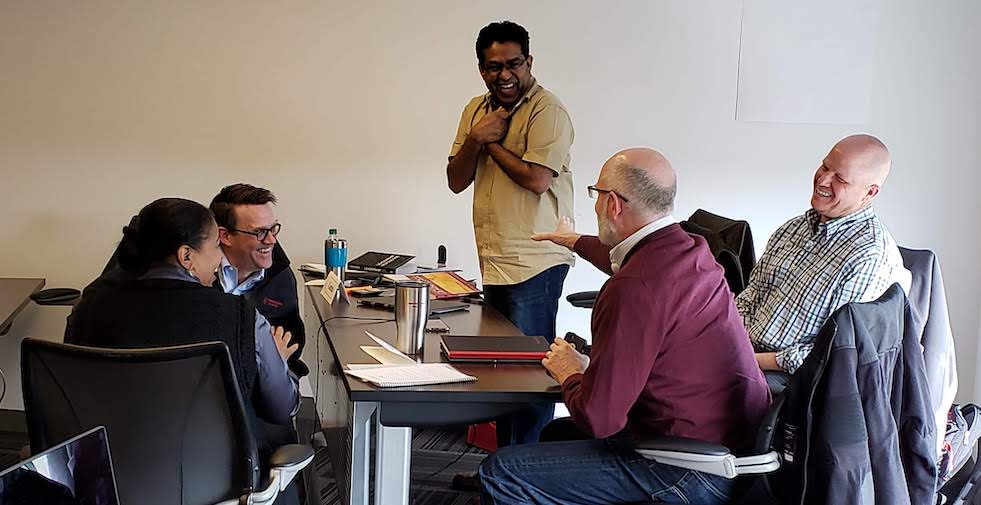 As a student, Hewawasam (standing) says the doctoral program is giving him the opportunity to reinvent himself.

As a child growing up in Sri Lanka, Gamini Hewawasam dreamed of being an airline pilot. As an adult, he began to work for a national airline; this work led him to the United States, where he earned an internship at what was the world’s busiest airport at the time: Chicago’s O’Hare.

Through hard work, education, and industry connections, Gamini went on to earned leadership roles in other companies before starting his own, INT Terminal, which is based in Chicago and manages travel contracts with major airlines for clients. “The most expensive ticket I’ve ever issued was $22,000 to fly from Chicago to Hong Kong, round trip,” he says.

Before founding his companies, Gamini earned a bachelor’s degree at Southern Illinois University, and a master’s at Roosevelt University. “My motivation was always to get a better job,” he says, recalling these degrees.

When he decided to earn his Ph.D., however, his motivation was different. “Now this program, it is to learn things I can apply to my own organization,” he says.

A few months into his doctoral studies, however, Gamini realized he was getting an unexpected result from his studies. “It became about reinventing myself.”

“The more materials I read, the more lectures I listened to, the more interactions I have with my fellow students, I realize there are new things I can learn about myself, apply to myself, and provide to others.”

Though he was already the owner and CEO of two companies when he joined the program, Gamini says his doctoral studies are making him a better leader every day. “I’m a different person, in a really good way as I have newfound energy to help others in a way I wasn’t able to before.”

Learn more about the executive Ph.D. in values-driven leadership at this web page, or by attending an upcoming online info session.