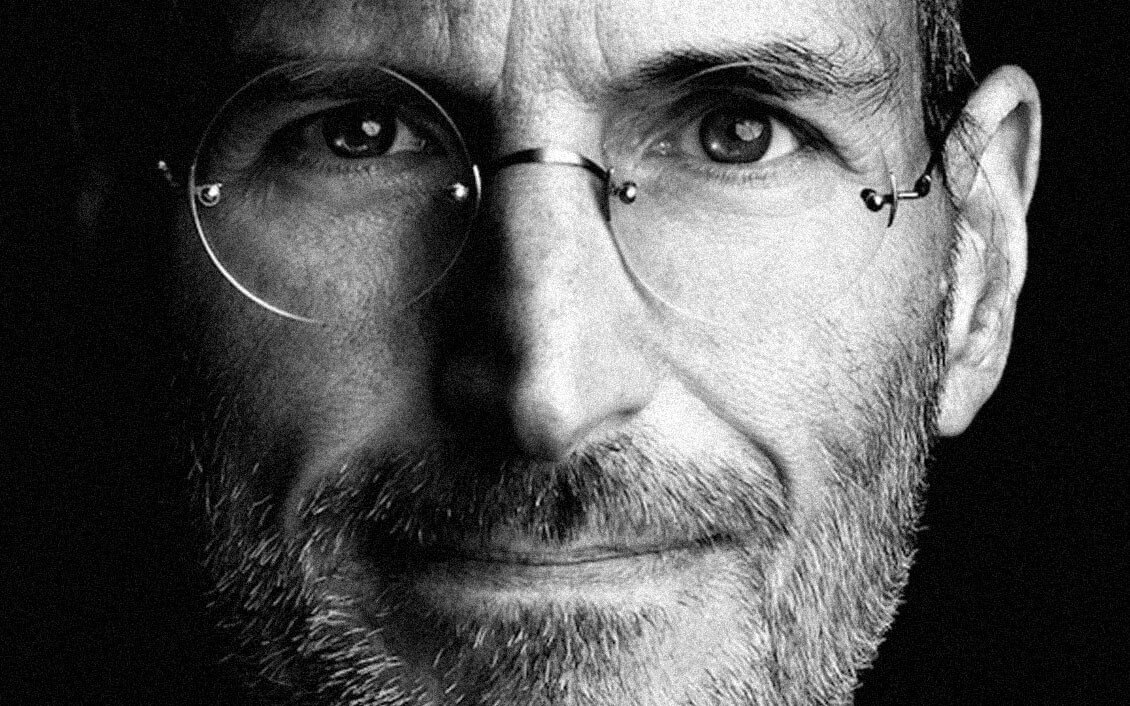 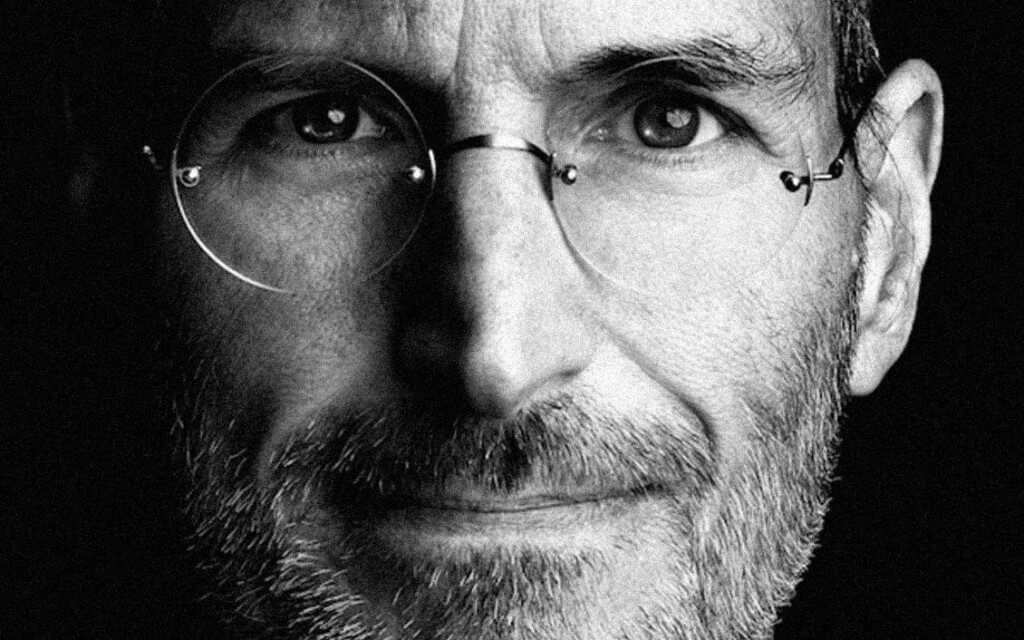 This article and its corresponding photo are republished with permission from www.howtoflyahorse.com. For more from author Kevin Ashton, attend our Senior Executive Roundtable on November 20th.

The secret of Steve is simple. It explains his success and excess. It exemplifies our instinct for creation. Creating is not a result of genius, unconscious incubation or aha! moments. It is a result of thinking: a series of mental steps consisting of problem, solution, repeat. The best solutions solve the most problems. This was discovered in the 1930s by psychologist Karl Duncker:

“ … action means acting, guided by knowledge of the purpose and of the means. This structure of action is no ‘definition,’ but an original and basic experience of mankind. Also the question, ‘Why doesn’t it work?’ or, ‘What should I change to make it work?’”

“The most advanced phones are called smart phones. They are definitely a little smarter, but they actually are harder to use. They all have these keyboards that are there whether you need them or not. How do you solve this? We solved it in computers 20 years ago. We solved it with a screen that could display anything. What we’re going to do is get rid of all these buttons and just make a giant screen. We don’t want to carry around a mouse. We’re going to use a stylus. No. You have to get them and put them away, and you lose them. We’re going to use our fingers.”

Jobs is using steps like the ones Duncker saw. Problem: Smarter phones are harder to use because they have permanent keyboards. Solution: A big screen and a pointer. Problem: What kind of pointer? Solution: A mouse. Problem: We don’t want to carry a mouse around. Solution: A stylus. Problem: A stylus might get lost. Solution: Use our fingers.

For several years I was a member of the research advisory board of a company that made cell phones. Every year it gave me its latest phone. I found each one harder to use than the last, as did other board members. It was no secret Apple might make a phone: The risk was always dismissed, since Apple had never made a phone. A few months after Apple’s phone became available, the board met and I asked what the company thought of it. The Chief Engineer said, “It has a really bad microphone.”

This was true, irrelevant, and revealing. This company thought smart phones were phones, only smarter. They had made some of the first cell phones which, of course had buttons on them. These had been successful. As they added smarts they added buttons. A good phone made a good phone call. The smart stuff was a bonus.

Apple made computers. For Apple, as Jobs’s announcement made clear, a smart phone was not a phone. It was a computer for your pocket that among other things made calls. Making computers was a problem that Apple, as Jobs described it, “solved” 20 years ago. It did not matter that Apple had never made a phone. It did matter that phone makers had never made a computer. The company I was advising, once a leading phone manufacturer, lost a large amount of money in 2007, saw its market share collapse, and was eventually sold.

“Why doesn’t it work?” deceives us with its simplicity. The first challenge is asking it. The Chief Engineer refused to consider this question. His logic: Sales are rising and customers are happy, therefore nothing is broken and there is nothing to fix.

Sales + Customers = Nothing Broken is the formula for corporate cyanide. Most big companies that die kill themselves drinking it. Complacency is an enemy. “If it ain’t broke don’t fix it,” is an impossible idiom. No matter what the sales, no matter what the customer satisfaction, there is always something to fix. Asking, “Why doesn’t it work?” is creation’s inhalation. Answering is breathing out. Innovation becomes suffocation without it.

“Why doesn’t it work?” has the pull of a pole star. It sets creation’s direction. For Jobs and the iPhone the critical point of departure was not finding a solution but seeing a problem: the problem of permanent keyboards making smarter phones harder to use. Everything else followed.

Apple was not unique. Korean electronics giant LG launched a product much like the iPhone before the iPhone was announced. The LG Prada had a full-size touch screen, won design awards, and sold a million units. When Apple’s very similar direction – a big touch screen – was revealed, competitors built near replicas within months.

These other companies could make an iPhone but they could not conceive one. They could not look at their existing products and ask, “Why doesn’t it work?”

The secret of Steve was evident in 1983, during the sunrise of the personal computer, when he spoke at a design conference in Aspen, Colorado. There was no stage and there were no visual aids. Jobs stood behind a lectern with yearbook hair, a thin white shirt, its sleeves folded as far as his forearms and – “they paid me sixty dollars so I wore a tie” – a pink and green bow tie. The audience was small. He gestured wildly as he spoke, frothing with a penetrating vision of computers including “portable computers with radio links,” “electronic mailboxes,” and “electronic maps.” Apple Computer, of which Jobs was then co-founder and a director, was a six-year-old startup playing David to IBM’s Goliath. Apple’s sling was sales. The company had sold more personal computers than any other in 1981 and 1982. It expected its market to grow to ten million computers by 1986. But despite the altitude of his optimism, Jobs was dissatisfied:

“If you look at computers, they look like garbage. All the great product designers are off designing automobiles or buildings but hardly any of them are designing computers. We’re going to sell ten million computers in 1986. Whether they look like a piece a shit or they look great. There are going to be these new objects in everyone’s working environment, in everyone’s educational environment, in everyone’s home environment. And we have a shot at putting a great object there. Or if we don’t, we’re going to put one more piece of junk there. By 1986 or 1987 people are going to be spending more time interacting with these machines than they spend in a car. And so industrial design, software design and how people interact with these things must be given the consideration that we give automobiles today if not a lot more.”

Twenty-eight years later, Walt Mossberg, technology columnist for the Wall Street Journal, described the same discussion as it happened near the end of Jobs’s life:

“One minute he’d be talking about sweeping ideas for the digital revolution. The next about why Apple’s current products were awful, and how a color, or angle, or curve, or icon was embarrassing.”

A good salesman sells everybody. A great salesman sells everybody but himself. What made Steve Jobs think different was not genius, passion, or vision. It was his refusal to believe sales and customers meant nothing was broken. He enshrined this in the name of Apple’s campus: Infinite Loop. The secret of Steve was that he was never satisfied. He devoted his life to asking, “Why doesn’t it work?” and, “What should I change to make it work?”

Kevin Ashton is a best-selling author, MIT-technologist, serial entrepreneur, and the father of the Internet of Things. He will be the keynote speaker for the Center’s next Senior Executive Roundtable on November 20, 2015. Details at www.cvdl.org/roundtable.

“The Secret of Steve” is a modified extract from “How to Fly a Horse.” It first appeared in Medium.

Notes from the author:

“‘Why doesn’t it work?’ or, ‘What should I change to make it work?’ ” is from Duncker, 1945. I have adjusted the translation—the Lees translation uses “alter” instead of “change.”

Data about iPhone sales is from Apple Inc. annual reports summarized at http://bit.ly/salesiphone. These are adjusted to convert fiscal years to calendar years and rounded to the nearest million.

The microphone built into the original iPhone had a narrow frequency response of about 50Hz to about 4kHz, compared, for example, to the subsequent iPhone 3G, which ranged from below 5Hz to 20kHz. Analysis by Benjamin Faber at http://bit.ly/micriphone.

The phrase “If it ain’t broke, don’t fix it” was popularized by Bert Lance, director of the Office of Management and Budget in the Carter administration, who used it in 1977. See Nation’s Business, May 1977, p. 27, at Korean electronics giant LG announced the LG Prada, or LG KE850 in December 2006; it was made available for sale in May 2007. Apple announced the iPhone in January 2007 and made it available for sale in June 2007. The LG Prada was the first cell phone with a capacitive touch screen. See http://bit.ly/ke850.

The event where Steve Jobs spoke in 1983 was the IDCA, or International Design Conference Aspen. The IDCA is now part of the Aspen Design Summit, organized by the American Institute of Graphic Arts. More at http://bit .ly/aspendesign. Quotations from this event are from Brown, 2012, based on a cassette tape from John Celuch of Inland Design and a transcription by Andy Fastow at http://bit.ly/jobs1983.

The transcription has been edited slightly for clarity. The description of Jobs’s appearance is based on photos by Arthur Boden, posted by Ivan Boden at http://bit.ly/ivanboden.

Walt Mossberg’s recollections are from Mossberg, 2012.