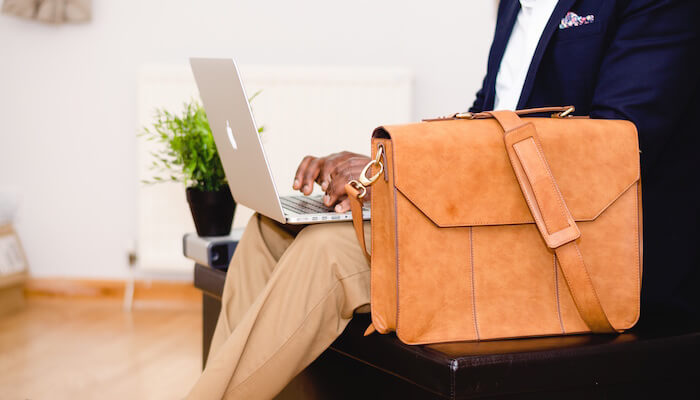 Editor’s note: The following excerpt is from Becoming the Best: Build a World-Class Organization through Values-Driven Leadership, by Harry Kraemer, Jr. Join us this November 11 for our next Senior Executive Roundtable, where Kraemer will share insights from his book and research: www.cvdl.org/roundtable.

After one of my presentations at a large company, “Jeffrey,” a senior vice president, asked how people could determine whether they have true self-confidence. I told him that true self-confidence was revealed by asking two questions. The first is: Have you reached a point in your life where you are willing to say, “I don’t know?” The second is: Can you admit to having made a mistake?

Jeffrey listened politely, but I could tell he was struggling with both concepts, especially the first of admitting what he didn’t know. As he saw it, knowing what you know and what you don’t know might be fine for a junior person, but for a senior vice president, he was the go-to person for information and insight in his division. How could he tell the CEO, “I don’t know?” He thought it was better to give a half answer or a guesstimate than no answer at all.

Beyond the absurdity that someone could possibly know everything, there is another point to be made here: It takes true self-confidence to readily admit­­ – whether to a boss, to peers, or to direct reports – that you don’t have the answer (but you do, in fact, know where to get it). A senior leader who is able to admit that would be refreshing for most people. And by the way, the teammates won’t be a bit surprised to learn that the boss isn’t a font of all knowledge.

That was news to “Maria,” a senior executive at another company, who, like Jeffrey said she was not comfortable letting her team know what she didn’t know. Maria had more than 500 people working for her, and couldn’t see any advantage in admitting any shortfall in her knowledge or understanding. “I’m the kind of person who holds her cards close to the vest, so I would rather not admit what I don’t know,” Maria said.

I had to break the news to Maria: Her colleagues already know what she didn’t know, especially her direct reports. Maria was absolutely shocked. “How can they not know?” I asked her. “They work closely with you every day.”

What the Boss Doesn’t Know

In my presentations when I discuss, “What the boss doesn’t know,” I’m always greeted with wide smiles and lots of nodding. I tell my audience, “Don’t raise your hand in case your boss is in the room. Couldn’t you write a book about all the things your current or previous boss doesn’t know or isn’t good at?” Everyone, including most bosses in the room, always laugh at that one!

I don’t mean to imply that all bosses are incompetent. It’s just a fact of life that no one knows everything. Therefore, a boss who can admit what he or she doesn’t know is more likely to inspire loyalty among the team than someone who, like Maria, keeps those knowledge cards close to the vest. As I used to say back in the early days of my career, I always hoped there were things that my boss didn’t know, because if my boss knew everything there would be no reason to keep me around, and with five children I needed a job.

When it comes to self-confidence, junior people also struggle with admitting what they don’t know, usually out of fear (read: they lack true self-confidence) of what their bosses will think. Will they be perceived as not having done their homework, or not knowing as much as someone else on the team (who is probably just posturing)? As I tell my Kellogg students, when your boss asks you a question that you can’t immediately answer, it is perfectly acceptable to reply, “How fast do you need that answer? Rather than guess, I’m going to find someone who really knows.”

That response won’t make you appear to be asleep at the switch, or undisciplined about learning. Rather, you’ll show that you have the integrity and the true self-confidence not to waste the boss’s time with a non-answer.

At the same time, there is no virtue in beating yourself up for what you don’t know (and this certainly isn’t genuine humility, as we’ll discuss in a moment). If all you do is focus on that you don’t know and the skills you lack, others will perceive you as totally lacking confidence. By owning what you do know, you allow others to see your potential and how much more you can learn.

Similarly, when a project or assignment is completed, you can acknowledge what went right and what went wrong, while still feeling good about yourself. Your self-reflection might go something like this: Yes, I could have done better and I could have done more. But my team and I actually did a good job. I’m going to reflect positively on what went well, congratulate the team on what we accomplished, and be conscious of what we can do better so that we can focus our efforts there the next time. No matter what the project or activity, almost by definition some things will go well and some things will not. Everything (including ourselves) is a work in progress.

Join us on Friday, November 11, to explore self-confidence and values-based leadership at our next Senior Executive Roundtable.

Harry Kraemer, Jr., is a best-selling author, Kellogg professor, and former CEO of Baxter International. He will share more insights on self-confidence and leadership at our next Senior Executive Roundtable on November 11, www.cvdl.org/roundtable.