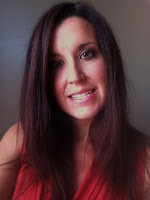 —————————————————————————
Laura Zumdahl, Ph.D., is the Vice President of Nonprofit Services at Donors Forum and a nonprofit leadership advocate.
—————————————————————————
Before this summer, I would never have thought of myself as someone shaped by shame. Guilt, yes, but shame? No, not me. I often joke that my feelings of guilt keep me involved in things long past when I should have exited, wake me up at night worrying about how what I said in a meeting was received by others, or drive me to spend hours trying to craft the perfect outfit, email, or dinner party.
But the past few months I learned a life-changing truth: my world is not shaped by feelings of guilt, but rather feelings of shame that influence my decisions, self-perception, and behavior on a daily basis. In short, shame is running my life—and probably yours too.
I have one of my favorite researchers, Brene Brown, to thank for helping me to understand this crucial difference and construct a path toward living a more authentic life. Brene has devoted her career to understanding shame and vulnerability and after years of research, she discovered that shame is a universal phenomenon, often holding us back from achieving our potential and at times being downright debilitating (check out Brene’s Ted Talk to learn more).
Accepting how shame has shaped me was a lesson in understanding the difference between it and guilt. While guilt is the gnawing feeling resulting from something you did, shame is the disturbing feeling we have about who we are, not what we’ve done.
It’s the feeling that we aren’t _______ enough. It’s the fear that we aren’t worthy of connecting with others and should be something different to respond to their demands rather than being who we are uniquely created and suited to be.
While this personal journey to resisting shame in my life is helpful, I’ve also become increasingly aware of the importance of understanding and avoiding shame in leadership.
Leaders need to pay attention because we often shame ourselves. We tell ourselves a leader must act a certain way, graduate from a particular group of elite schools, be a member of the political “in” crowd (or gender, ethnicity, age or sexual orientation group), or have different skills or experience than what we posses. We pull back when we take a risk and are hurt by others’ response; we are embarrassed when we try a bold move and someone laughs at our audacity; and we cringe when we fail to say the perfect thing in a difficult meeting to turn the situation around.
How can we be leaders when we are so caught up in our own shame? These feelings lead us to sabotage ourselves in our own minds long before someone else opens their mouth to criticize us. Or worse yet, we allow ourselves to be wounded by the words of others and pull back ashamed and unable to muster the courage to try again. To be the leaders this world needs, we cannot be shamed. We must identify these feelings when they burn in us and have empathy for ourselves in our moments of embarrassment or struggle, reaching out for support to muster the courage to try again.
But equally as devastating in leadership are the ways we often—and often unintentionally—shame others. We operate in society with cultural norms allowing us to freely express our disappointment, judgment, or frustration with others by shaming them. We criticize others openly—not just about behavior or our disagreement with a perspective—but in a way that cuts to the core of who they are. It’s the superficial whispering behind a colleague’s back about their personality quirks or the offhanded comment, “I can’t believe you thought that would work!” to a direct report about a project that fails. It’s the snarky statements that we mutter intending to inflict hurt or pain on others and the remarks that, if we are truly honest with ourselves, we say to make us look better than someone else. We shame others so easily that over time it’s hard to notice the many times a day we make a small jab, approach a situation with a perspective of superiority, or cast judgmental glances at others in our world.
But here’s the thing: shaming others doesn’t actually work. Shame only makes people feel bad about themselves, not change their behavior to align the way we want it to. Individuals don’t become more motivated or better employees because they are shamed; they become more despondent and disillusioned with us as leaders. Unable to trust us, we lose their confidence and our hope of collaboration on the important work of our organizations.
If we are really leaders we don’t need shame. We don’t need shame because it shapes the culture of our organizations into a place where people are fearful rather than motivated. We don’t need shame because it cuts to the core of our colleagues, wounding their souls rather than encouraging or building them up. And we don’t need shame because it goes against the values of integrity, equality, and compassion that we as individuals and organizations must posses.
We can set high standards, hold each other accountable, and work together even with those different than us without shaming each other. And just as we extend that compassion to others, we must also do so to ourselves.
Previous ArticleNext Article