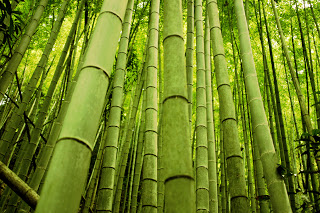 The Roman philosopher Seneca once said, “Every new beginning comes from some other beginning’s end.” Leonardo de Vinci said that, “it is easier to resist at the beginning than at the end.”
I wonder if these sentiments help explain why sustainability has been so difficult for human beings to embrace. Is it because it requires us to admit that the way we are doing things today no longer works? Does recognition of the flaws in our behavior causes us to become defensive and to hold on to the validity of our previous positions?  Could it be because that admission means we are going to have to change, and change is inherently difficult for human beings?
Perhaps is it simply because sustainability requires us to let go of the way things have always been done and try something completely new, something that we cannot even imagine today. If true, then that is not really change, or evolution, or even revolution. If true, it means starting from scratch, recognizing that the facts and assumptions upon which decisions are made today are completely different from what they were 50, 100, 200 years ago. So different, in fact, that the old foundation is no longer relevant.
Businesses have thrived on the creation of solutions through ideas and technology previously beyond conception, often to problems we did not even know existed. Yet so many see sustainability as a threat rather than an opportunity to grow both creatively and financially.
Harvard Business School recently published a working paper that shares the results of a study comparing corporations that long ago adopted sustainability policies, called “High Sustainability” companies, to corporations that had not adopted sustainability policies, called “Low Sustainability” companies. This longitudinal study that looked at data from 1993-2010 found that the characteristics of the two types of companies are fundamentally different in significant ways. In addition, they found evidence that the “High Sustainability” companies significantly outperformed their “Low Sustainability” counterparts in the long-term, in terms of both stock market and accounting performance.
“High Sustainability” companies showed some significant differences from the “Low Sustainability” companies, particularly in areas that organizational scholars typically deem “culture” – the inherent norms, artifacts, beliefs and practices that govern corporate behavior as well as the behavior of individuals working within the corporation. Some of the most distinguishing differences include:
What is most noticeable to me about these differences is the simple fact that they ARE different. In other words, these corporations recognized long ago that they could not continue to engage in the same behavior and expect different outcomes, and they created a new normal.
As business leaders, can we view sustainability as an opportunity for innovation and creativity and use these voices as guides to create a culture of possibility?
Perhaps we can let go of the idea that doing something new means we have failed or were wrong, and instead create organizational cultures that embrace the unknown and view it as an opportunity to innovate with solutions that will allow all life on the planet to flourish indefinitely. As the Nobel Prize winner, John Galsworthy, once said, “Beginnings are always messy.” Perhaps it’s time we get messy.
—————————————————————————
Shannon Brown is a Ph.D. student at Benedictine University’s Center for Values-Driven Leadership (CVDL) and a VP for Exemplify. She has served in leadership positions with Thomson Reuters and Tata Consultancy Services. In addition, she is an adjunct faculty member at Dominican University where she teaches courses in leadership studies.
—————————————————————————
Eccles, R.G., Ioannou, I., Serafein, G., 2011. The Impact of a Corporate Culture of Sustainability on Corporate Behavior and Performance. Harvard Business School Working Paper.
Previous ArticleNext Article