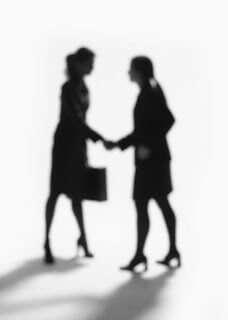 The most important thing you can do for your business is a strategy that can’t be measured with any metric. It can’t be reflected on a dashboard, reviewed in a quarterly report, or balanced on a spreadsheet.
The most important thing you can do for your company is to focus on your personal integrity.
Researcher Laura Reave, of the University of Western Ontario, has shown that leadership success begins with personal integrity, which is then reflected in ethical behavior. Reave’s findings encourage us to focus more on who you are instead of what you do. Being a leader with strong personal integrity can have a significant positive effect on follower trust, which extends your influence and creates an environment where employees are satisfied.
Our Return on Values research team saw the integrity effect in action at Integrated Project Management (IPM), a Chicago-area consulting firm that is nationally recognized for its strongly ethical leadership.
As part of all contracts, IPM’s CEO C. Rich Panico asks his clients to sign a personal recruiting restraint agreement saying the client will not seek to hire an IPM consultant for a staff position. A few years ago, a client violated this agreement and Panico’s consultant accepted the position and turned in her resignation. Panico had to determine how to face this ethical violation.
The client was unwilling to rescind the offer, and instead offered to pay a penalty. “I don’t want that money in my company,” Panico told the client. “It’s dirty money. That’s not how we make money in our company.” Instead, Panico asked the client to donate the money to charities the IPM staff selected; he also terminated the relationship with the client.
I’ve known Panico for a few years, and have had the privilege to interview him in a variety of contexts over several hours. In every encounter with him, I’ve been struck by the strength of his personal integrity, which he credits to his values-based upbringing. Panico’s employees know of his personal integrity too, and see it lived out in the ethical behavior of IPM. That shapes the expectations and behaviors of his team. It’s part of what has equipped IPM to grow steadily, even through a recession.
But perhaps more importantly, from the recruitment incident, Panico’s staff learned that he, and his company, would make strong, ethical decisions even when the outcome meant losing a client. “I can tell you that our people—they were thrilled,” Panico said. “They applauded it because we put our money where our mouth was in that particular case.”
That kind of trust from your employees can’t be bought: it can only be earned.
Jim Ludema
Director | Center for Values-Driven Leadership | Benedictine University
Previous ArticleNext Article