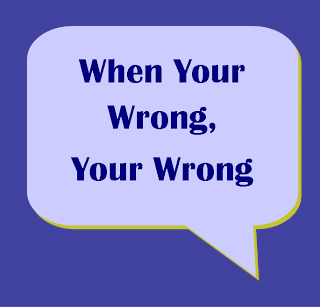 Late last week I sat in a room of business owners and entrepreneurs, maybe 100 of us. The facilitator asked a question that put all of us on the edge of our seats:

“What’s the most money you’ve ever lost in a business decision?”

We were asked us to share our stories at our individual tables, and then nominate a “loser” to tell his or her story to the larger group.

The dollar value on these losses ranged widely – from $10,000 to numbers well into the seven figure range. And all of them had one thing in common: when we made the decision, it felt right. And it turned out to be wrong.

One man – a global business leader who has literally written the book on good business – told of a $6 million investment that went south because, as became evident over the course of a few years, neither he nor his business partners had the time or skill set to really make the business work. Over time, the value of the investment dwindled until the partnership had to take a large loss. But it didn’t start out that way, of course: it started with champagne toasts and big visions for the future.

I’ve experienced this at a much smaller scale. Not long ago I found myself editing copy for a web page that was about to go live. I was indignant to find that the web designer had left a significant part of the text off the page: whole points were missing. If visitors to the website were going to grasp the importance of this opportunity, they had to have this information at hand. It was careless of the web designer to miss such valuable information.

While preparing my gently chiding email back to the designer to request edits, I reviewed my original notes to her. And of course I discovered that the mistake was mine: I’d left the content out.

“Wrongologist” Kathryn Schulz makes this point in her popular 2011 TED Talk, “On Being Wrong.”

Author G.K. Chesterton provides another example. Chesterton said he desired to write a story of a British yachtsman who, becoming lost at sea, lands on what he believes to be an unmapped island. With all the bearing of a great discoverer, he proudly plants the British flag on the soil … totally unaware that he’s just claimed the British town of Brighton for the Commonwealth.

What did he look like to others? A fool. What did he feel like to himself? A hero.

For those of us who want to minimize our mistakes, discover our errors more quickly, and right wrongs more effectively, this provides an important lesson. Some of the biggest mistakes in business and life have been made with a false sense of total confidence that the path ahead is the right one.

How to avoid the wrong path is the topic of other blogs and resources. But for now, let’s take this lesson to heart: stay humble when you feel certain you’re on the right path. Question each step along the way. Admit your errors early and right the ship with nimbleness. Because “when your wrong, your wrong.”

___
Amber Johnson is the Center for Values-Driven Leadership‘s corporate relations and social media advisor. She is a non-profit and small business communications professional. In addition to blogging about business for the CVDL, Amber writes about marriage and other topics on her personal blog.
Previous ArticleNext Article