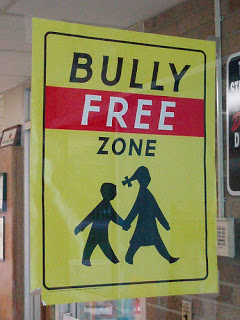 Jeff Talbert* was the CEO of a fledgling company when, in an instant, he made a troubling discovery. More than a third of his 17 person staff was actively engaged in bullying another colleague.
The revelation came when Talbert scrolled through an email and found a chain of messages that had been inadvertently forwarded. Here was proof that six members of his team – some of them his most competent staff members – were sending anti-Semitic, degrading messages about the targeted colleague. They’d gone so far as to create a daily email of the target’s offenses and short comings.
“The tone was hateful,” says Talbert. “It was truly ugly stuff. I couldn’t believe what I was reading.”
Just a few years out of business school, and with a rapidly growing business on his hands, Talbert was faced with an ethical dilemma: do I fire some of my best staff and possibly sink the company in the process, or do I turn a blind eye?
Though bullying behavior tends to peak in the middle school years, workplaces are not immune to it. Among adults, it may take the form of public insults, degrading criticisms, intentional exclusion, or gossip and rumor-spreading.
“Bullying behavior results from an imbalance and mis-use of power,” says Dr. Jim Ludema, professor of leadership and organizational change at the Center for Values-Driven Leadership (www.cvdl.org), Benedictine University.
Ludema, along with the authors of The Essential Guide to Bullying Prevention and Intervention, Cindy Miller and Cynthia Lowen agree: it’s the CEO or other senior leadership’s job to right the situation. Start with these steps:
·         Have zero tolerance for bullying: Make it clear, in words and actions, that senior leadership has no tolerance for bullying behavior. Address every concern swiftly, and with careful respect for the target. Don’t allow bullies to rise through the ranks. Research shows that one bad apple can spoil the barrel – that one negative employee can have a significant negative impact on entire teams and organizations. Stop it quickly.

·         Restore dignity to the target: If a colleague has become a frequent target, work with his or her manager to address power imbalances that have allowed this to occur. It may be that there are underlying social behavior issues, or other concerns, that could be gently and discretely addressed through your human resources team. Enroll the targeted employee in a mentoring program so he or she has an internal advocate who is committed to their personal development and safety.

·         Create a positive culture: Beyond addressing immediate concerns of bullying, the number one thing a senior leader can do to prevent bullying is establish a positive culture. Teach appreciative approaches to organizational change, and staff development. Build conflict resolution skills in your team. Foster an environment for positive social interactions and find ways to engage all employees, even those that often sit on the margins.

·         Check yourself:  The greatest culprit of workplace bullying is often the boss. The demands of leadership can make us unnecessarily curt … and that’s a slippery slope to using degrading or demeaning language, exclusion, telling hurtful inside jokes, and a host of other behaviors that can befall even usually good leaders. Ask trusted colleagues and external peers for an honest review of your own tendencies, and listen to what they say.
Instinctively, this is just what Talbert did. He made the quick decision that he would not tolerate workplace bullying, even if the decision had lasting repercussions for the company overall. After researching email records, he called all six employees to his office. He fired two, put two on probation, and gave a verbal warning to two others that had not played an active role in the bullying.
His decision created an extra burden on the remaining staff, but, Talbert says the decision had a positive lasting impact. “My employees know I’m looking out for them. They respect that.” And his company has grown as a result – the company has been recognized by Inc.magazine as one of the country’s fastest growing businesses.
*Name changed to protect the target of the bullying, who remains unaware of the circumstances.
***
ADDITIONAL RESOURCES
___
Amber Johnson is the Center for Values-Driven Leadership‘s corporate relations and social media advisor. She is a non-profit and small business communications professional. In addition to blogging about business for the CVDL, Amber writes about marriage and other topics on her personal blog.
Previous ArticleNext Article