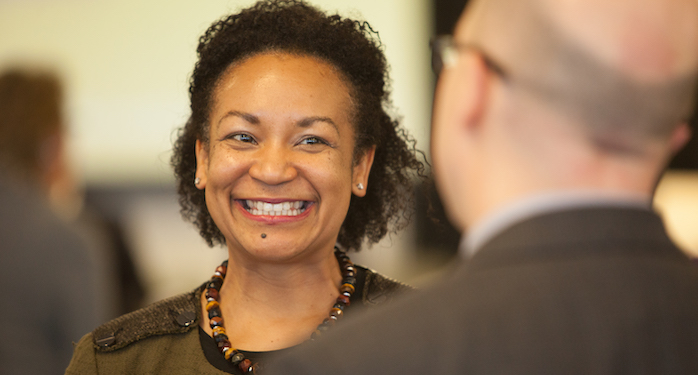 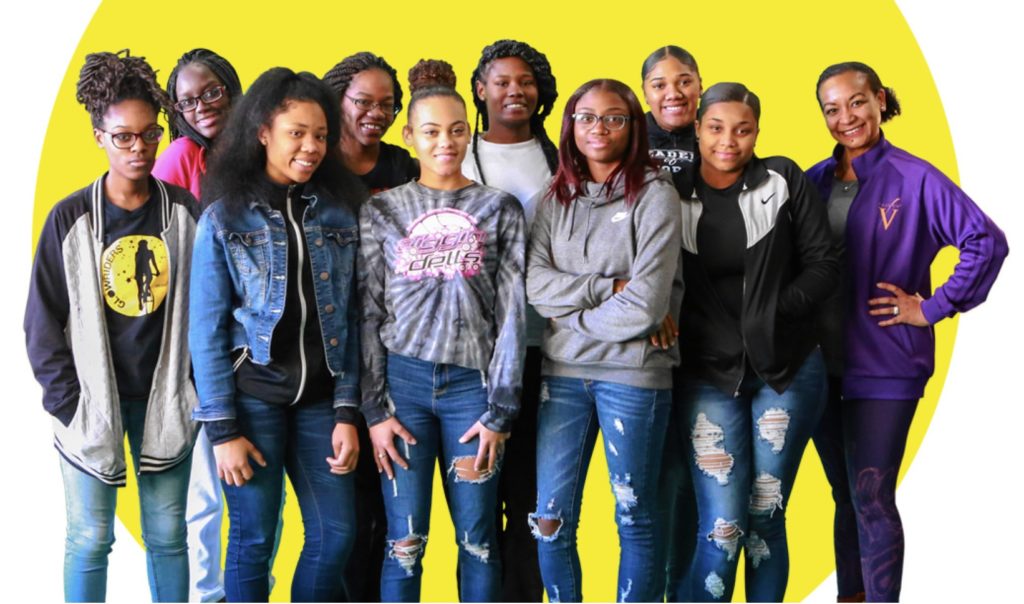 As a financial industry leader, Dawn Harris Jeffries built a global career on her ability to tackle tough challenges. Her early training at the Federal Reserve Bank grounded her in a broad range of banking experience, including risk management and internal controls for both domestic and foreign banks. Later, at Merrill Lynch, that broad experience earned her a reputation as a fixer.

“If something needed broad changes, I was called on to handle it,” she says.

Working her way up through the system, Jeffries took every new responsibility she could get. Recognizing that she’d get bored without a new challenge, a manager encouraged her to transfer to Merrill Lynch’s Global wealth management division, where it was her job to help businesses mitigate risks and anticipate what challenges were coming down the road and prepare the firm to face them ethically and profitably.

At the time, Jeffries had no idea how these same skills would transfer to an entirely different line of work.

When life changes prompted a job transition, she became a Merrill Lynch wealth advisor. Beginning her new role in the weeks right before the 2007 market crash, Jeffries managed to build a thriving business, working with clients she liked and growing their wealth. But her old skills of tackling tough challenges and preparing for the next five years were still there, ready to be put to use.

In 2010, Jeffries’ husband, a surgeon, introduced her to one of his patients and her mother. The young woman of color needed a mentor. Jeffries happily stepped in, introducing the young woman to Spelman College, Jeffries’ alma mater, other Historically Black Colleges and Universities and other local colleges and universities in general. They crammed in college applications and college fairs. They submitted applications down to the very last deadline. The young woman got accepted to a number of colleges and decided on Howard University and Howard University Law School. She went on to pass the bar exam with a high score and is now on her path to becoming a budding young attorney in the Washington, DC, area.

Emboldened by these early successes, Jeffries developed a new mission for herself: preparing girls from disadvantaged backgrounds for successful futures. In January of 2015, Jeffries launched Girls Light Our Way (GLOW) in Peoria, IL. GLOW’s mission is to provide girls of low socioeconomic status with tools for mental, physical, and nutritional wellness, self-efficacy, and financial literacy.

“My personal goal is to ensure they are tax payers. I want them to get to the point in their lives where they do not have to rely on government benefits; those services are being threatened,” says Jeffries.

Beginning with 8th grade girls, Jeffries started by being present in their lives, providing consistent programming that taught life skills like how to manage money or fix nutritional meals, but also gave the girls social skills and access to experiences that are uncommon among peers in their community. These experiences included etiquette sessions, nice restaurants, meeting world renown artists like Preston Jackson, a trip to New York City, learning to swim and do yoga, golfing, and even being taught to dance by a former Joffrey Ballet dancer. Through these activities, Jeffries is preparing them for a future that includes a college education or vocational training, where they will encounter fellow students who’ve had access to a wide range of experiences.

“Ultimately, when they leave their neighborhoods to go to college, they’re going to be around people who are of completely different backgrounds and socioeconomic status. I never want them to feel is less than in any way,” says Jeffries. “I explain how much of the world views them and it is not their fault. I tell them that in spite of those views they are valuable beyond measure. I remind them how bright their futures can be with effort and support. I reinforce how worthy they are of life’s best offer.” She makes it her mission to give them a world of encouragement and new experiences.

“They think I’m ‘extra,’ going overboard. I’ve even taken them to recording studios to record a video or music single.”

Every GLOW girl in the first cohort went on to college, beating the statistical average for their peer group. Today, there 50 GLOW girls in the program, and Jeffries and her volunteers work with more than twice that many in short term programs throughout the year. Recently, Jeffries took a group of girls to local community colleges to fill out admissions and scholarship applications. Giving them practice with applications is a way to demystify the process, a necessary lesson when it comes to college access, and helps them feel more confident to consider higher education.

How Jeffries’ Ph.D. Studies are Helping her Community

“Being a corporate professional and financial advisor gives me a solid foundation and insights to pour into the girls. As I interacted with the girls, I knew I needed more. I needed specific research from diverse social science related areas to address their needs. I found myself calling my Ph.D. girlfriends for scholarly insight and answers.” Jeffries explains. “I could have gone to a number of other programs, but this program was best for what I wanted to do. Their mission aligns with my values. I’m trying to lead a group of people into a much better life.”

The executive doctoral program allows its students to pursue the research they’re passionate about. While most students focus their research on a business challenge, Jeffries is directing her studies toward understanding how to improve the futures of girls born into low socioeconomic communities. As part of the research for her dissertation, Jeffries has explored critical theory, social and economic mobility theory, the Brookings Institute’s “Five Strong Starts” for boosting social mobility, and the myriad of other social science theories. “Much of the research for my assignments has helped me find themes and insights I use to inform the GLOW Girl Model,” Jeffries says.

“If you’re born a black girl in poverty, you inherit overlapping forms of oppression. It’s like you’re doomed from the womb unless you have access to significant resources. I’ve created the GLOW model to synthesize those five strong starts, to try and make up for the gaps they’ve experienced so when they go to college, they’re better prepared.”

Jeffries continues her work as a Merrill Lynch financial advisor. Her work has prepared her for her volunteer role as the founder of GLOW: after a career spent tackling tough challenges and helping clients think into the future, Jeffries is now doing the same for 50 girls in Peoria.

As a financial advisor, Jeffries has seen what happens in communities where people are not prepared. As a native of New Orleans, Jeffries witnessed the devastation that hit her hometown following Hurricane Katrina.

“I saw what happened when families had to wait for someone to give them some food, some shoes, a place to stay. They didn’t have resources, anything. They weren’t prepared for any emergency. Some didn’t have access to basic documentation they need or financial assets to quickly manage in an emergency.”

“I want these young women to grow up to be ideal wealth management clients with assets and lifestyles to cover themselves and the next generation. They need to grow up prepared for a life that is much richer than the bottom income quintile they’re growing up in now,” Jeffries says.

Explore the Ph.D./D.B.A. program in values-driven leadership, for senior executives.