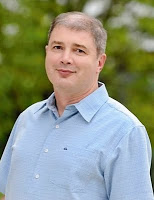 ————————————————–
Dave Smith is a Ph.D. student at Benedictine University’s Center for Values-Driven Leadership (CVDL) and has broad leadership experience including for-profit, non-profit, and military command.

————————————————–
Some people are the real deal. Some are not. The real ones act out their values. They don’t struggle with it, they don’t have a checklist, it just comes naturally – and observation of their life shows congruence with the values that they speak. It’s who they are. And they are happy, even joyful, in acting out their values.

I was recently reminded of an acquaintance of mine, and older gentleman, who was in his 70s and 80s when I had the privilege of his acquaintance. He had retired from a long law career, with an unblemished record of integrity. But he had not always been a lawyer.

Mr. Peters* graduated from college in the late 1930’s. During college he was a member of the Navy Reserve Officer Training Corp (Navy ROTC), and upon graduation was commissioned as a Second Lieutenant in the US Marine Corps. Already being in the military, it was natural that when the US became involved in World War II, he was in “on the ground floor.” As an infantry officer, he led troops through many amphibious landings and bloody battles as the US “island hopped” across the Pacific for the duration of the Pacific campaign. He said it was a miracle that he survived. He never mentioned it, but I learned later he won the Navy Cross on Guadalcanal.

Fast-forward to a small restaurant in a southern town, circa 1999. Some of my friends had encouraged me to have lunch with Mr. Peters and ask him about his “recent adventure.” At that time, Mr. Peters lived alone in a retirement home; his wife of many years had passed away. My son and I listened intently as he began to explain what happened.

One day, Mr. Peters came home, parked in the facility’s parking deck, and got out of his car. He was greeted by a large young man who said, “Give me your wallet old man!” As recounted to me, he thought to himself: “My wife is gone, my kids are grown and no longer dependent on me – and I’m a Marine!” He straightened his back, looked at the young man and said, “You’ll have to take it. I’m a Marine!”

Mr. Peters, battered a bit and bruised, left the parking deck that day under his own power – with his wallet, his watch, and his wedding ring.

I don’t advocate that anyone faced with similar circumstances, young or old, Marine or not – try to duplicate Mr. Peters’ actions that day. The point of the story is that Mr. Peters’ values and who he was at his core was evident, consistently, throughout his life. Values – good, bad and indifferent – always come through. We’ve all seen this in our friends, our families, and even in ourselves. We’ve all spotted fakes, and perhaps others have spotted us as fakes, too.

So, why is this story in a blog about CSR? For CSR to be effective, it must be genuine. It must stem from internal values. Studies show most people can detect the difference between a genuine smile and a “customer service” smile. One is real, the other is part of a checklist.

So how will we know if our CSR efforts are genuine and not just part of our checklist? What if for me CSR is just a checklist item – how does it become a value?

Like most important things in life, there are no real shortcuts. We have to start with awareness of the needs and opportunities around us. Next, it helps to identify one or two needs or projects we feel drawn to – something that provokes a reaction. Third – look for a partner organization or group that shares the same desire to become involved in your area of interest. It’s always a good idea to have a partner to share the load and hold us accountable.

What do you think? Are there needs in your community that provoke a reaction in you? And is that a good thermometer to help determine where you might be involved? Do you have lessons learned about partnering with local groups that might be helpful to all of us?