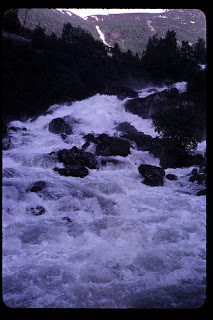 Imagine traveling through a jungle in Africa or South America and coming upon a remote tribe. Your introduction to the group is an uncommon language followed by a series of rare customs, beliefs, values and behaviors. Your task, or should I say “mountain of a task,” is to change the culture of the tribe. Where would you begin? How would you undo what has been accepted as normal? How would you convince the leaders and members of the tribe that change is needed and good for them?
While that illustration may sound intimidating and daunting, it is not far from the truth and reality of attempting to change the culture of an organization.
I have heard the phrase often, especially from newly appointed leaders, “The first thing I have to do is change the culture of the company.” Though often a factual statement, it is certainly much easier said than done. The culture of an organization is like a flowing river. It can be fluid, resilient and steady, serving as the thrust and positive force that guides members in the right direction or it can be the resistance and opposition that makes a change in course difficult to achieve.
Even if done with the best of intentions, a serious mistake made by many leaders is to force change. After a new vision is cast the thought is that subordinates may at first resist, but with consistent, forceful and at times manipulative behavior and motivation techniques, they will eventually give in and jump on board. While this can create initial progress on changing the culture of an organization, it is rarely long-lasting or sustainable. In fact, such an approach may do more damage than good as employees grow resentful, skeptical, and suspicious of leadership. Instead of imposing change on others, the best approach is to lead change.
This begs the question, what are some important aspects of leading cultural change? I submit three for consideration:
Leadership Involvement: Are your leaders, most notably your senior leaders visibly and actively engaged with, and supportive of, the organization’s cultural change strategy? Leaders have the opportunity to lead cultural change with both their words and actions; and those that consistently match the two set a wonderful example for others to follow.
Leadership Commitment: It is important for leaders to keep a steady hand at the wheel while driving through even the most treacherous terrain. The road to cultural change will be inevitably marked with wins and set-backs, ups and downs, and while some circumstances are out of the control of leadership, how they respond to it is not. Remaining steadfast and resolute when expected change is slow can set a powerful precedent for others to follow.
Leadership Patience: On the heels of commitment is the show of patience. English poet Rudyard Kipling, in his famous poem If, was accurate when he penned the words, “…If you can wait and not be tired of waiting…” because cultural change takes time. Patience can be the final necessary ingredient needed for an organization to persevere through the hardship and struggles that accompany change.
I have provided only three components relevant to change. What are your impressions? Help me start a list. What others will you add?
_______________
Alberto Arroyo is an Assessment and Development Consultant at The Vaya Group, a Talent Management consultancy that applies science and precision to the art of talent assessment and development. This post originally appeared on Vaya’s blog.
Previous ArticleNext Article