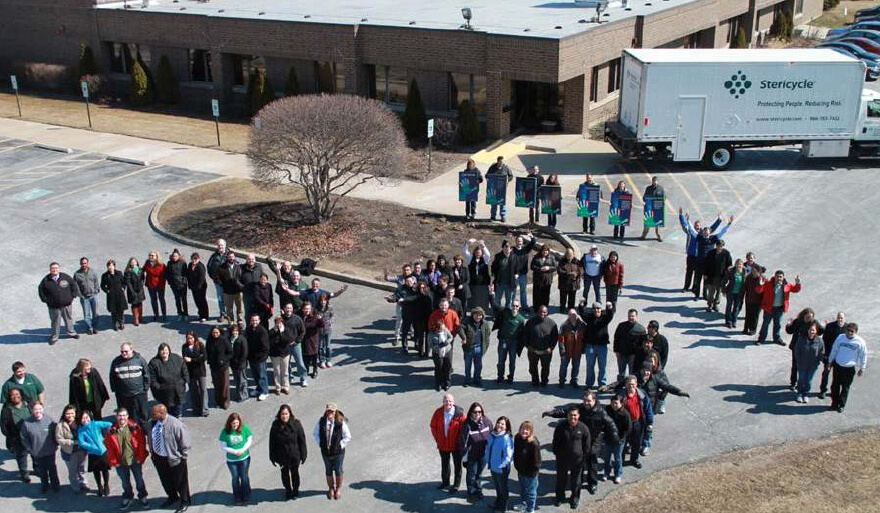 BerylHealth, a healthcare call center, had its start with three employees and the phone line in a backroom. Between 1985 and 2012, founder and CEO Paul Spiegelman grew the company to 300 employees. The company earned multiple Inc. 500 and Best Places to Work awards for its impressive growth trajectory and strong, positive culture that was built first on truly caring for employees. (See this short video for more information.)

But by 2010, Spiegelman could tell his own interest was shifting. He began looking for a buyer, and initially settled on a private equity firm. The sale was progressing when Spiegelman got cold feet during the due diligence phase. “I eventually realized that the private equity model wasn’t compatible with the culture we’d built,” Spiegelman says. He walked away from the deal.

With the company still solely in his hands, Spiegelman worked to reengage. He drew on a line of credit and made investments in BerylHealth that he felt would have a significant payoff in four to five years. Then Stericycle, a medical waste management and health solutions company, came calling.

Stericycle offered Spiegelman an opportunity other potential buyers hadn’t: a chance to build corporate culture at a much larger scale, with Spiegelman in place as Stericycle’s new Chief Culture Officer. The sale of BerylHealth was complete in 2012.

Stericycle’s 25 year history is one of steady growth: they’ve met or exceeded their earnings projections every quarter for the last 70 quarters. While Stericycle’s culture was positive, with very loyal employees, recently appointed CEO Charlie Alutto believed culture and values could be used to advance the company and to bring together the various divisions and geographic locations. Spiegelman and Alutto felt it was a blank-slate opportunity.

How to Shift a Culture

Spiegelman began by assembling 40 leaders from across the globe to talk about values. Together, they landed on the company’s core purpose (to help customers fulfill their promise by providing solutions that protect people and brands, promote health and safeguard the environment), which became a banner to rally around.

Spiegelman and his team directed the initial efforts to focus on four key areas:

Measuring the Value of Culture

Stericycle’s new Chief Culture Officer called on his colleagues in the executive suite to set the metrics that would be used to measure success. “If they’ve set the metrics, they can’t downplay the results,” Spiegelman says. He also worked with an internal financial analyst to quantify costs, such as employee attrition, so that the financial value of culture could be readily seen by organizational leaders.

In the end, Stericycle determined to measure culture in a variety of ways, including:

With areas of focus and metrics in place, Spiegelman’s team borrowed ideas from the BerylHealth playbook to create strategies for spreading the culture across the organization, including:

CEO engagement: Spiegelman called on Alutto to be a culture leader through the publication of a monthly blog, occasional Town Hall meetings, and a “Chat with Charlie” question box that allows team members to ask the CEO direct questions and receive a response within 24 hours.

Story telling: The culture team leveraged existing communication channels and created new channels (including emails, videos, and a quarterly TV show) to give voice to culture-based stories. Many of the platforms were online, but Spiegelman’s team built alternate distribution channels for those who don’t have internet access.

Peer leadership: Spiegleman knows that culture starts at the top but has to be owned by leaders at all levels. So his team invited people to engage by sharing articles and insights via a “From Your Peers” email. Managers were given “culture budgets” for planning culture-enhancing activities. And over 400 people volunteered to be SteriCulture Ambassadors.

Training: Finally, Stericycle leaders worked to make sure new employees, along with current leaders, understood the organization’s culture and values. A Living the Values toolkit was created to make training easy for everyone. More intensive training on values-driven leadership is now offered as part of the organization’s SteriU training program.

In the coming year, Spiegelman’s team will roll out an employee hardship fund, an online store for buying company-branded merchandise, a wellness program for employees, and a communication and recognition platform to reward front-line team members.

Two years after selling BerylHealth, Spiegelman is busier than ever and fully engaged in his work of building culture at Stericycle. The challenge excites him, as do the early results. His goal, he says, is simple: “I want to tell the story of what works in small, works in big.”
_
Amber Johnson is the Center’s Chief Communications Officer and a Senior Research Associate with the Return on Values research project.