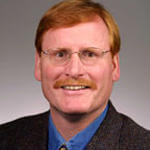 There is a long-standing narrative in the field of management that goes something like this:  Executives are hired to maximize profits, not social welfare: Spending shareholders’ money on socially responsible but unprofitable endeavors is irresponsible.
Indeed, as stated in a recent Wall Street Journal editorial: “In cases where private profits and public interests are aligned, the idea of corporate social responsibility is irrelevant: companies that simply do everything they can to boost profits will end up increasing social welfare.” But, the author argues, “in most cases, doing what’s best for society means sacrificing profits…If it weren’t, {society’s pervasive and persistent} problems would have been solved long ago by companies seeking to maximize their profits.”  The ultimate solution, the author argues, “is government regulation.”
There is a familiar ring to this argument. Indeed, The Economist dedicated a special section to the topic in 2005. However, most realize this perspective can be traced to Milton Friedman’s famous dictum: “The social responsibility of business is to increase profit.”

While many have demonized Friedman for his stance, it turns out–ironically–that he was right. As he asserted in his classic 1970 article by the same title, it makes little sense for corporate managers to spend the shareholders’ money on pet philanthropic projects that have little or no connection to the company’s work. In fact, the core premise of “corporate social responsibility” (CSR)–profit spending for the “greater good”–is fundamentally flawed.  While individuals can choose to donate their private wealth in any way they choose, corporate executives are paid to put the shareholders’ capital to productive (i.e. profitable) use.

Even under the best of circumstances, it is simply not possible for companies to give away enough money to have a material impact on the world’s growing list of social and environmental ills. CSR is like trying to bail out a sinking ship with a teaspoon. And as Maimonides made clear more than eight centuries ago, real philanthropy means giving anonymously. By this standard, most CSR programs today are little more than self-serving public relations gambits designed to assuage corporate guilt.
Where Milton Friedman was wrong, however, was in assuming that corporations cannot understand societal problems or environmental challenges, which he viewed as the exclusive responsibility of elected governments. It is true that corporations are not democratic institutions designed to reflect the broad “public interest.” But increasingly, it seems that the broad “public interest” is really an illusion–an abstract ideal created by enlightenment thinkers preoccupied with the design of rational and representative forms of government.
Ironically, today’s representative governments, captured by monied interests and powerful players, have become all but incapable of addressing society’s real challenges. The power of “incumbency” has rendered government a conservative (rather than progressive) force, protecting the interests of those seeking to perpetuate “yesterday’s” solutions. It should come as little surprise, for example, that Dick Cheney’s now infamous “energy task force” included no one from the renewable energy or conservation sectors. Nor should it be a surprise that current efforts by the Obama Administration to reform the financial system, reinvent health care, or craft a sensible climate policy are meeting stiff resistance.
National governments are self-interested by design, concerned first and foremost with the security and well-being of their citizens. Tragically, preoccupation with the “national interest” makes government less and less relevant in a world characterized by trans-boundary challenges such as climate change, loss of biodiversity, and international terrorism.  It is not at all clear today that the sum of “national interests” equals the “public interest” of the world.  The relative ineffectiveness of the United Nations system over the past five decades stands in mute testimony to this fact.
Ironically, then, the for-profit corporation may turn out to be our best hope for a “sustainable” future–economically, socially, and environmentally.  Increasingly, corporations are global in scope, making them ideally suited to address trans-boundary problems and international challenges.  It is not by happenstance, for example, that some multinational companies have lead initiatives to address climate change (e.g. the US Climate Action Partnership), loss of marine fisheries (e.g. the Marine Stewardship Council), and sustainable development (e.g. the World Business Council for Sustainable Development).
Even more significantly, corporations may be better positioned than governments to understand–and respond to–emerging societal needs.  Not the broad and abstract “public interest” trumpeted by enlightenment thinkers, but rather the fine-grained, on-the-ground, “micro” interests of actual individuals, families, and communities (human and natural).  Getting “close to the customer” is, after all, the stock and trade of the corporate world.
The profit motive can accelerate (not inhibit) the transformation toward global sustainability, with civil society, governments, and multilateral agencies all playing crucial roles as collaborators and watchdogs. Through thousands (or even millions) of business-led initiatives, we can innovate our way into tomorrow’s “clean” technology, and welcome the four billion poor at the “base of the pyramid” into the global economy. The competitive process will weed out the bad initiatives–those that work neither for people, nature, nor shareholders. And like the industrial revolution two centuries ago, this commerce-led revolution will need no central administrator.
The end is nigh for the notion of “corporate social responsibility.”  Emerging in its place are a new generation of corporations that actually solve social and environmental problems through their core strategies–and profit in the process.
———————————————–
Previous ArticleNext Article